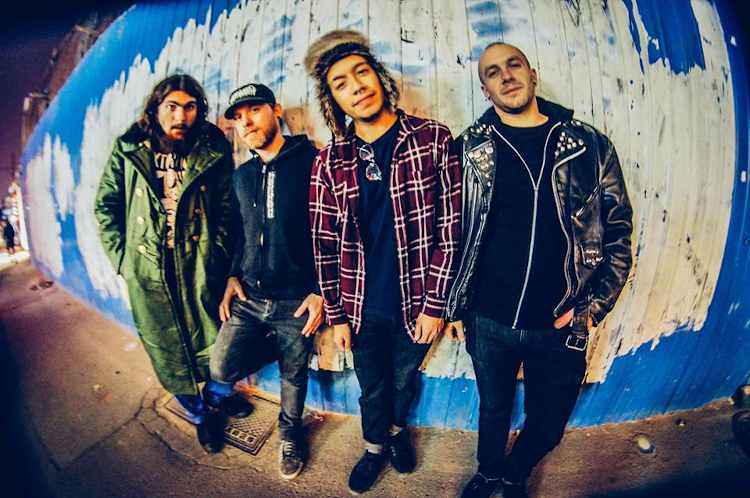 The Today, I will introduce you to a band and an album from far away … very far from our beautiful Morocco. Their name is Struggle Session, play Hardcore Punk / Fastcore, and are based in China. In June 2017, they released an album in partnership with another Chinese band : Die! ChiwawaDie.

What does all this have to do with Amplify and Morocco you might ask? At first glance not much, but there is indeed a very strong link between Struggle Session and Morocco. And this link is Aaron Moniz.

Before talking about Struggle Session, a few words about Aaron, who has clearly marked the history of the Moroccan underground music scene forever.

Originally from Canada, Aaron arrived in Morocco in 2010 and quickly joined the local scene by creating the Hardcore Punk group W.O.R.M which will remain active for several years, and in which he played as a drummer.

Not content with having certainly launched one of the first groups of its kind in Morocco, and after meeting Mamoun Belgnaoui, they decided to embark on a Death Metal group project in 2012, which would later become the formation of Melodic Death Metal Into The Evernight, with whom they won first place in the “Tremlin des Jeunes Musiciens” in 2014, and also played on the big stage of the Festival L’Boulevard the same year.

Maybe because he was bored, or because he is completely bulimic about music, Aaron also joined in 2013 the group of Rapcore / Djent Chemical Bliss alongside Hamza Khalili, this time as a bass player. Although not his main instrument, he found his place in the band thanks to his boundless energy and his explosive stage play that stuck well to the DNA of Chemical Bliss.

Finally in 2015, his favorite Hardcore band, Riot Stones, invited him to join. He brought them a touch of velocity and double drum games which helped to further strengthen the sound of the group.

After he got married, he flew to China leaving behind a beautiful musical heritage, and currently plays in 3 Hardcore groups, and works in an international school.

Formerly known as Dress Code, the band Struggle Session performed on stage for the first time in March 2016 in the city of Beijing (Beijing) in China. 4 experienced members constitute the band: Aaron on drums and vocals, which we just presented to you. Alf on bass and vocals, who is also a member of the Australian Grindcore group Scrotal Vice. Nevin on guitar and vocals, also guitarist for several projects, including the hardcore group Fanzui Xiangfa, and who owns two of the biggest labels in China. Oliver as a Lead Singer, former member of the Handed to the Thousands group

They describe themselves as a “brutally fun” Fastcore group from the capital of China, which is a great way to sum it up. Although the band is not into politics per say, they claim to be anti- racist, anti-sexist and anti-homophobic. Their global message calls to be yourself, and do what makes us happy, freeing ourselves from social pressures that prevent us from going in this direction, and especially when we live in a big city with its lot of stress, pollution and greyness.

Rather stage-oriented, it is in this environment that they feel comfortable and that they unleash all their energy, both brutal and positive. Their trademark: hang on to the ceilings, play in the audience, and incidentally play naked …

They are among the best known and most active groups on the Hardcore Punk DIY scene, understand “Do It Yourself” (translation: do it yourself). For the record, this is a very fashionable movement in China, which consists of managing all aspects of the group’s life using artisanal and informal techniques, and involving local artists and the means at hand, instead of trying to have everything done by specialized companies and with large means.

The same goes for concerts which they organize in Jam places, or even in squats rather than in concert halls or bars. A lifestyle in its own right claimed by these groups, of which Struggle Session is a part, and which is beginning to find an echo all over the world…

They recorded the album at Genjing Records in Beijing, a publishing house specializing in Vinyls by Chinese artists from the DIY culture, while leaving all rights to them.

The album is organized in two sides: a side A on which we find another very important group of the Hardcore Punk DIY scene, Die! ChiwawaDie!, Originating from Guangzhou in the south of China, and who hold the label Oiii Snack Records. Side B includes the Struggle Session album.

The bands decided to make a joint album so that the two groups could promote their own work, as well as that of the other. Struggle Session and Die! ChiwawaDie! met on a 4-date tour of southern China and became very close, which led them to embark on this process of mutual promotion.

Struggle Session  have a well organized creation process despite the young age of the training. Their goal is to create music that is never before seen in China, by mixing their different influences, and ensuring that the songs they compose do not resemble each other.

To recreate the feeling of live performance, they recorded in a studio but in the manner of a concert. Single takes, and the whole group playing at the same time.  All the artists who had the opportunity to record in the studio know that it is very difficult to play his songs to perfection from start to finish without having to start over.

The album contains 8 songs, the tracklist of which is as follows:

Struggle Session created the songs in a mixture of different styles as brutal as each other. We can describe them as Hardcore Punk and Fastcore. The album opens with “What’s Left?”, a heavy piece which sets the mood of the album. A metaphysical reflection on what we become and the purpose of our life and what we do with it.

The duration of most tracks is between 1 and 3 minutes, which is good given the intensity of the music. Even more since the purpose of the music of Struggle Session is to be played in concert. Consequently, they recorded in the studio, with all the musicians in the same room playing “One Shot”. Rather a good choice to recreate the atmosphere of Live.

It is not neutral music, and will not necessarily please everyone. I don’t usually listen to this kind of music on a regular basis. However, I found interesting elements of the Punk culture and also other heavier styles. But the fact that the recording and composition are excellent encourages curiosity and makes everything enjoyable despite the violence in the raw state of this music.

For fans of the genre on the other hand, and heavy music in general, the Struggle Session album will be a pure joy to listen to in loop. It gives a good idea of ​​what is preparing for the 2 concerts planned in Morocco in July 2017 .

Overall, the lyrics are in line with the message the group wants to convey. They call for mental emancipation from the codes imposed by society, the rejection in bulk of toxic and negative people.

The album cover is very successful and very colorful, “handmade” as DIY culture wants. The same goes for the design of the Vinyl and the CD. It is a real pleasure for the eyes. It is a very good album, at least for the B side that I could listen to. I will leave it to you to listen to the A side of Die! ChiwawaDie (from song # 9 in the playlist below) and make up your own mind. Struggle Session have their own approach. Composition, recording, marketing and also public relations management, they own it all…

I did not really find any criticism or negative points as it is a very professional work. You might like it or not like it is really a matter of taste and context.

Everything is homemade, but with great professionalism and care. It is clearly an approach from which our local groups should take inspiration. I recommend that you listen to this album from start to finish. You could even buy it on Bandcamp in digital, vinyl or CD format.

Struggle Session will be in concert in a few days in Casablanca and Meknes. They will play alongside with several local groups for two shows which promise to be explosive … 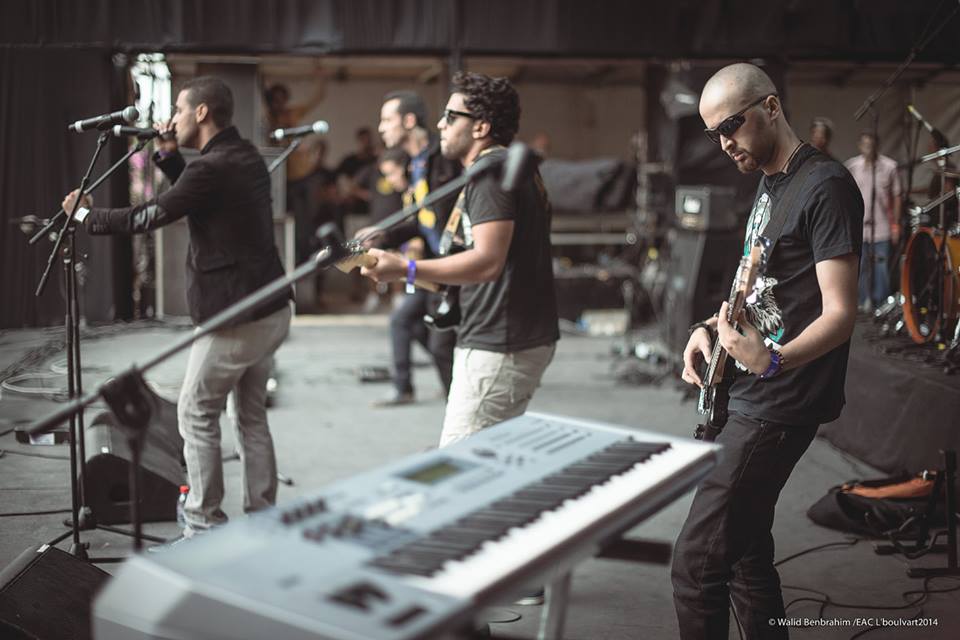 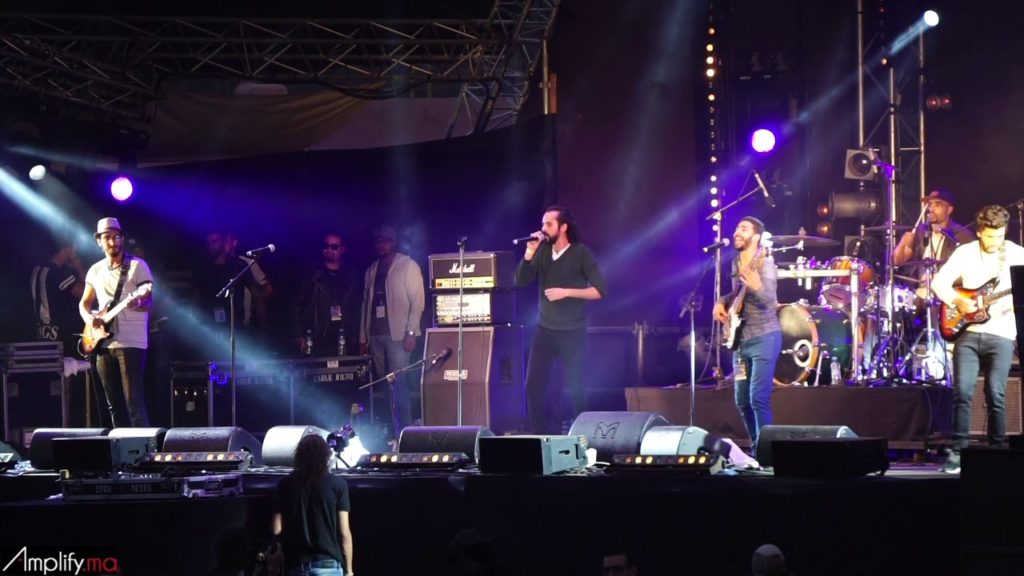